After a career spent in startups–variously as a manager, executive, and consultant–Rithesh Menon was ready to become a business owner. The New York City-based digital media and marketing exec saw startups he worked with through over $50 million in fundraising, and one successful exit. Now, it was his turn to be an entrepreneur.

In February 2022, Menon began his search to acquire a business that fit his budget and his interests. Some major issues were revealed during due diligence on his acquisition that led to Menon cutting his offer price.

Fortunately, a trio of DueDilio professionals in finance, legal, and technical due diligence were on hand to keep the deal from going off the rails. With his due-diligence team’s help, in September 2022, his seller accepted his lowered offer–and Menon achieved his dream of becoming a first-time business owner.

Read on for full details on how Menon found the right business for his interests and budget, and navigated a complex due diligence journey.

The Search for the Right Acquisition

His new target? A SaaS business founded at least 5 years ago, with at least 50 percent margins. Also, the business should be low-glamor, so it wouldn’t attract a lot of buyers and spark a bidding war.

The birth of his daughter in December 2021 crystallized his drive to buy a business. In February, he started asking around his network of brokers and other M&A pros for leads. One month later, a broker sent him a listing that caught his eye: A SaaS business that provided a full suite of website and digital marketing tools to audiologists. Menon liked that the business was so niched that it had little competition, but the platform held lots of opportunity to expand and offer similar services to doctors in other practice specialties.

Assembling a Due Diligence Dream Team

It was time to find a pro team to help him vet the business and, if he liked what he discovered in due diligence, close the deal. He planned to get an SBA loan to help finance the purchase, so his financial pro would need to understand that process, too.

From his time reading the buy-sell boards, Menon knew it was easy to end up overpaying or buying a business with hidden problems. He needed to find a financial pro, an attorney, and a technical due-diligence expert to scrutinize the seller’s information.

“I knew I needed a whole cast of characters for due diligence,” he said. “As a first-time buyer, I had a ton of questions.”

But his initial reach outs to the experts he’d seen online were discouraging, and he spent several months fruitlessly interviewing possible due diligence pros. He recalled meeting with one big wheel who headed a boutique financial firm. He boasted a solid-gold resume including Ivy League education–but Menon quickly discovered the online ‘gurus’ worked on bigger deals and charged fees that were out of scale for his small acquisition. The business was listed at $2.6 million and he planned to make a $2 million offer in his letter of intent (LOI).

Also, it soon became clear that big-time pros wouldn’t have the patience to answer his multitude of first-timer questions. His first chosen pro boasted that his firm would deliver a 76-page report, when Menon doubted he’d need that much detail.

“I thought this guy was the sort of person you’d want in your corner,” Menon said. “But his attitude was, ‘We’ve done this, just trust us. Make the check out.’ It felt condescending. I actually ended up in a pretty heated argument with him! It was very unenjoyable.”

Fortunately for Menon, someone else was hanging out on the same online chat boards: DueDilio founder Roman Beylin. Soon, Menon saw a note from Beylin: “We built DueDilio for situations exactly like yours.”

By the next day, Beylin had reached out with contacts for several prospective financial due-diligence pros from the DueDilio network. Menon was looking for a particular type of financial expert–someone with a lot of experience who would ask tough questions of the seller and knew how to sniff out problems in financial statements.

“He’s been at this 30 years, and knows financial statements like the back of his hand,” Menon said. “He would tell me the questions I should be asking, but didn’t know.”

There turned out to be plenty of financial questions to ask. While Menon tackled a mountain of SBA loan forms with the Midwestern bank underwriting his loan, Greisman quickly saw that the seller’s financials were non-GAAP. As he analyzed the seller’s figures, Greisman began to smell a rat. Or three.

One big problem was the seller’s claimed ‘add-backs,’ additions to net income made by removing one-time business expenses. Greisman found many add-backs were in fact the owner’s personal expenses, such as a family trip to Disneyland. After Greisman challenged their legitimacy, the seller agreed to remove roughly 25% of the add-backs.

“Some add-backs, we convinced them it would be too embarrassing for them to even try to justify them,” Greisman said.

There was more. Digging deeper, Greisman also discovered the seller had a second LLC business–and over the years, money had been shunted from one unit to the other for tax reasons, further muddying the picture. Untangling these money movements allowed Greisman to arrive at more accurate revenue and profit figures.

The upshot? Greisman’s revised financials showed a 12% lower profit. That revelation led to Menon revising his offer downward by $400,000. The seller split the difference and they struck a deal at $1.8 million, $200,000 below Menon’s original offer in the LOI.

The asking price was set, but the deal was still contingent on a review of the company’s technology.

With a low-cost Indian development team behind the company’s code, Menon suspected there would be tech issues. He wanted to assess any security risks, and learn what future challenges he’d encounter if he sought to update or expand the technology.

For technical due diligence, after chatting with several professionals he was referred to by DueDilio, Menon chose independent tech-support pro Brent Sanders in Cleveland. A tech entrepreneur who’d built and sold startups, Sanders had also worked as a full-stack developer and tech consultant. As it happened, choosing a seasoned pro was important, because the company’s software turned out to be quite old.

The top priority was discovering any security concerns that could put Menon’s investment at risk, especially with an SBA loan in play. Could the software be easily stolen, or corrupted by hackers? Menon asked Sanders for a security-risk rating based on a 3-level scale:

After scrutinizing the software, Sanders came back with a solid 2 rating for the company’s code. Security wasn’t great, but the niche was so arcane that Sanders doubted the platform would be targeted by hackers. The generic, ‘white label’ code that formed the basis of the software had been altered over time with cut-and-paste additions that left opportunities for a talented hacker to download the customer database, for one example.

He was confident new code could fix the security holes, but Sanders advised Menon to wait until after closing rather than trusting the seller to handle it. Better not to hold up the deal over tech concerns, and to choose his own team for fixes.

Another problem was that the business’s ‘automated’ tech systems weren’t really very automated. In fact, the Indian support team manually executed many tasks for clients. Sanders’ advice: Retain that team while you consider updates to make the software do more.

“He took a holistic view, and it was very valuable,” Menon said. “He told me not just how it is, but he had an eye to how it could be made better.”

Once Menon understood the scope of the tech challenges–they were substantial, but surmountable–he was ready to move forward with contracts to finalize the deal.

For the legal side of his deal, from amongst the DueDilio professionals recommended him, Menon selected James David Williams in Raleigh, N.C., of the law firm Barlow Williams. Menon liked his no-nonsense style–and sharp focus on nailing down every detail.

The biggest legal problem: The company’s development team in India had employment contracts that let them retain ownership of code they wrote, instead of designating it ‘work for hire’ owned by the business..

“With dev teams in India, those contracts are never the way they’re supposed to be,” Williams said.

Williams had the seller track down as many of the developers as they could find to sign quitclaims. An indemnification clause in the main contract put the liability on the seller if any coder they didn’t find came forward with a claim later. All-new employment contracts clarifying ownership of any future IP were drafted to cover any code the retained team wrote going forward.

One additional step Williams took to help speed the deal along was submitting each contract draft to the SBA lender. Letting them follow along with the contract’s evolution helps head off late-stage information requests from the lender that can slow down the process, Williams says.
Savings and Next Steps

With his deal signed, Menon is getting his arms around his acquisition and making plans to optimize the business, with help from his DueDilio team. He has financial projections from Greisman, so he’s gaining a sense of what he can expect in future months. He’s considering taking on Sanders as a fractional CFO for the transition. The relationships he built with his DueDilio pros continue.

He’s also counting up the savings he reaped by using the DueDilio pros instead of some of the bigwigs he considered signing up with earlier. Menon estimates he would have spent between $50,000-$75,000 just for financial help, if he’d used the first financial pros he found.

With DueDilio, Menon says he spent $36,000 for all the due diligence help he needed.

“The DueDilio team was time-saving, more affordable, and more first-time-buyer friendly,” Menon said. “I got to ask all my questions.”

Ready to Get Started?

Tell us about your project

Fill out the form below and one of our team members will be in touch! 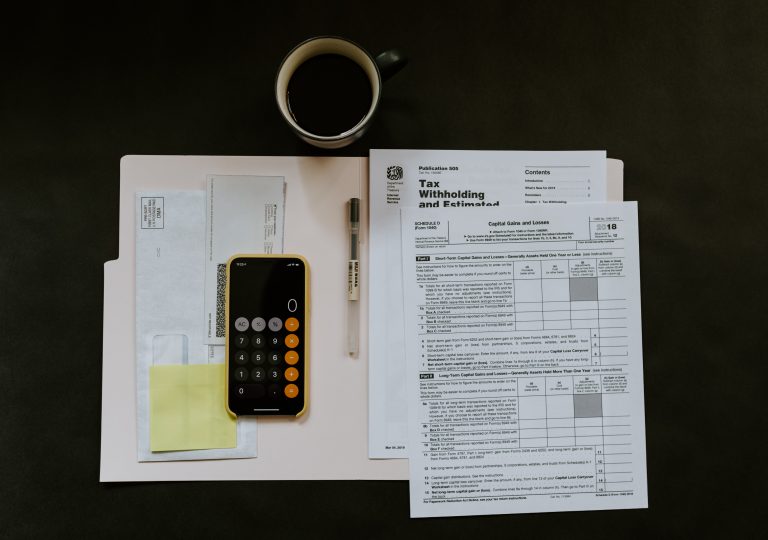 When you’re buying a small business, it can be hard to find affordable due-diligence help with the expertise you need. That was the struggle Boston-based buyer Matt Hogan confronted, particularly when it came to financial help. An experienced buyer with a focus on purchasing medical-services businesses, he found that few local accountants had the industry expertise he needed, both for due diligence and post-sale, as he looked to improve profitability in his acquisitions.

In the past, Hogan had tapped his own rolodex and networked to find CPAs to help him analyze the financials of previous acquisitions. He’d connected with financial pros this way, but felt he overpaid and didn’t get the individualized attention he needed. He followed several Facebook groups about M&A and contacted some of the accountants he saw posting there, but found their fees “too expensive for what I got.”

In 2021, a potential investor in one of his acquisitions told him about DueDilio founder Roman Beylin and the network of M&A due diligence experts he’d built. It turned out to be a fortuitous introduction that connected Hogan with an accounting team he needed to institute better reporting systems at a medical-services acquisition.

That team ended up exceeding all Hogan’s expectations. He reports the financial team went above and beyond their assigned duties to help him identify a lucrative opportunity that more expensive providers who’d reviewed the deal never spotted.

Get the latest news and content delivered directly to your inbox!